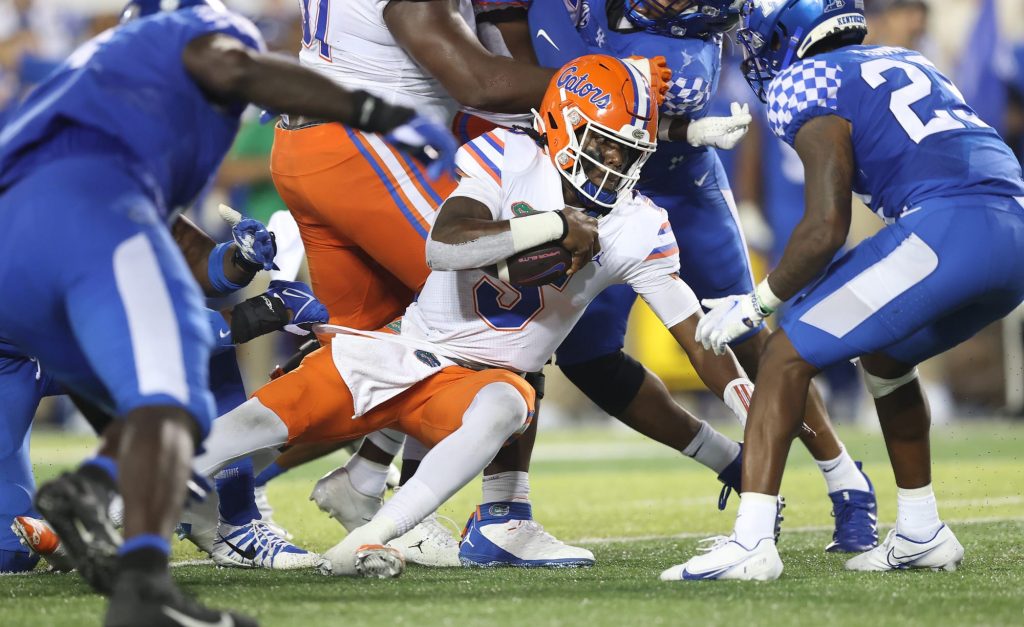 Week 5 is in the books, and it came with quite a few upsets. Let’s see how Saturday’s action played out in Sunday’s Week 6 AP Top 25 poll.

It feels like we’re in the process of recalibrating after 2020 threw everything for a loop. Eight ranked teams lost on Saturday, including five two unranked opponents. We ran the advanced statistics, and it turns out that’s 20 percent of the Top 25 fell to teams on the outside.

The underdogs within the Top 25 didn’t fair so well. Georgia routed the Razorbacks, despite throwing the ball only 11 times. Although we were promised a popcorn-worthy game against the Tide, Ole Miss got obliterated by Alabama in Tuscaloosa. The ranked matchup between Cincinnati and Notre Dame, which looked to be one of the better games coming into the weekend, did not disappoint, with the bearcats pulling out the biggest win in program history.

Oregon had a game they absolutely want back, inexplicably falling to Stanford in overtime. Now the Ducks’ fate is out of their hands, for the time being. Likewise, Florida, which looked so good against Alabama, lost a stunner to Kentucky, the difference being a blocked field goal returned for a touchdown.

In the later games, Texas A&M kept its season-long struggle going, losing to Mississippi State.  Arizona State looks like the team they thought they were at the beginning of the year. And Hawai’i knocked off Fresno State after midnight ET.

With all of that turbulence in the Top 25, it should be very clear by now that, outside of Alabama and Georgia if they have JT Daniels, we don’t know which teams are really the best 25 in the country. That point is emphasized by there being five new teams in the Top 25. Again, a full 20 percent of teams in the Top 25 were not there last week.

Kentucky, Texas, Arizona State, SMU, and San Diego State are all in at the expense of Clemson, Texas A&M, Baylor, UCLA, and Fresno State.

Without further ado, here is this week’s AP Top 25 poll.