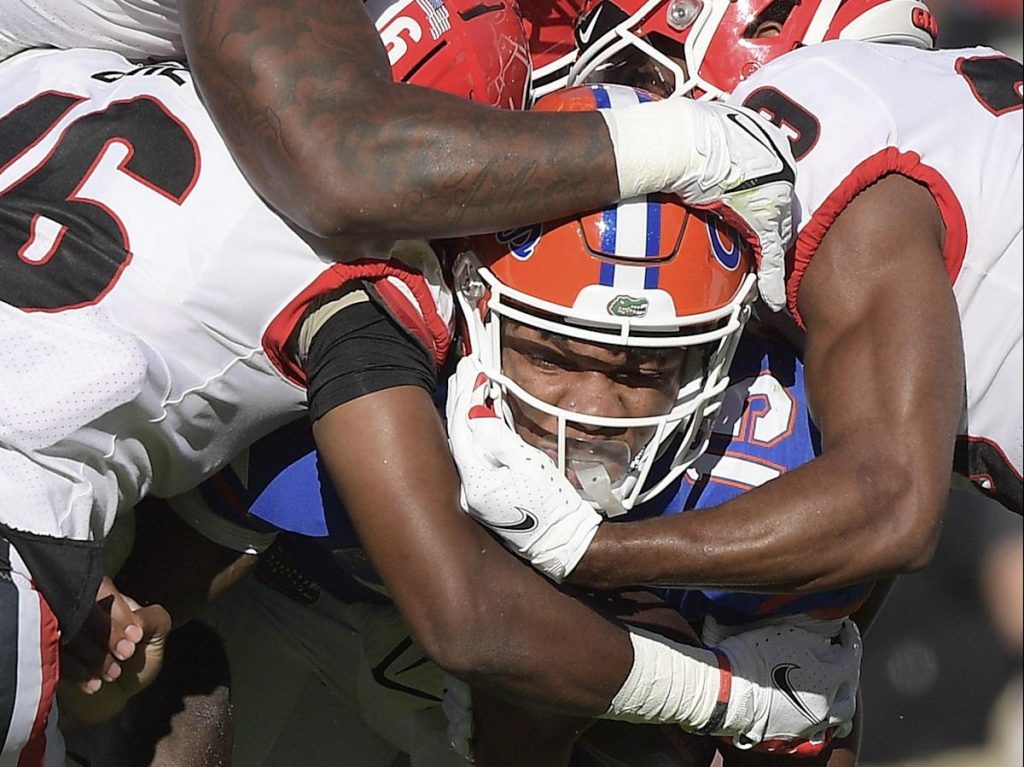 Anthony Richardson left the game against Georgia early after an apparent injury, but no update was given by head coach Dan Mullen after the game. On Tuesday, Mullen told the Orlando Sentinel that Richardson had yet to practice this week after sustaining a concussion.

Richardson was in the middle of his first career start at the college level when Georgia linebacker Adam Anderson delivered the blow. Emory Jones came in for Richardson and led Florida to its first score of the day. The injury has Richardson questionable for Saturday’s contest against South Carolina.

It’s unclear if Mullen planned on sticking with Richardson as the starter after three interceptions against Georgia, but the head coach did say that he thought the game would be a learning opportunity for the young quarterback. Jones has had his own turnover troubles this season, but limiting Richardson this week to preserve health might be a good idea even if he is cleared.

The timing of Richardson’s injury couldn’t be worse. He wasn’t expected to right the ship immediately against the best defense in the country, but he’s now missing valuable reps needed to take the next step. There are far worse options than Jones at quarterback, but Florida’s turnover margin is still -7 with him as the starter this year.

The good news for Florida is that the schedule should get easier from here on out. There are no more Georgias or Alabamas on the schedule, and Florida should be able to breeze through the next three games regardless of who’s throwing the ball for them.