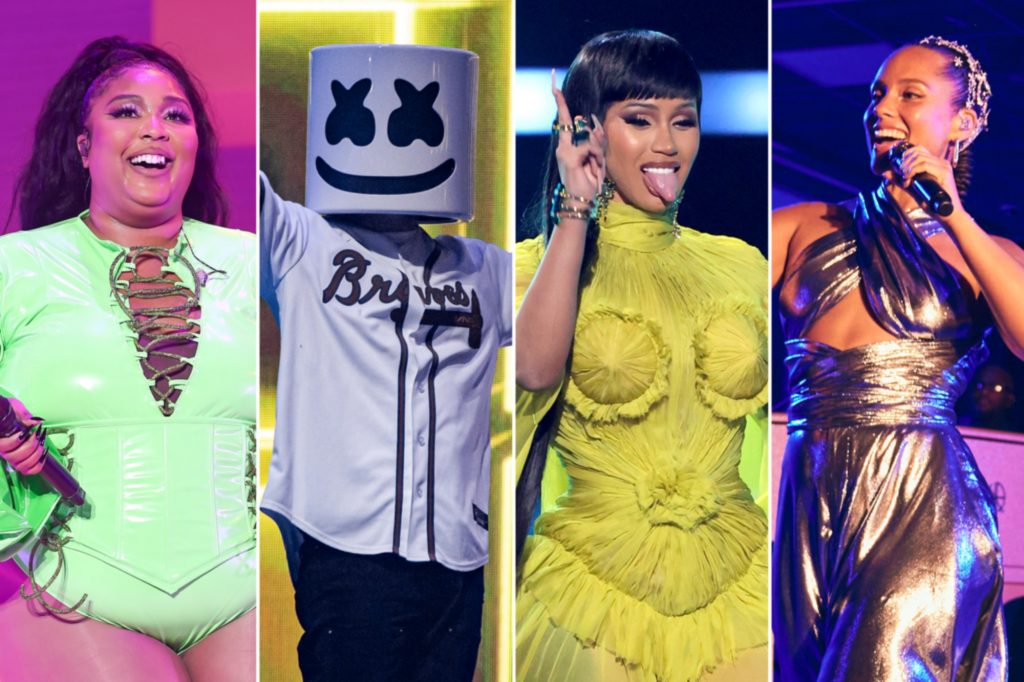 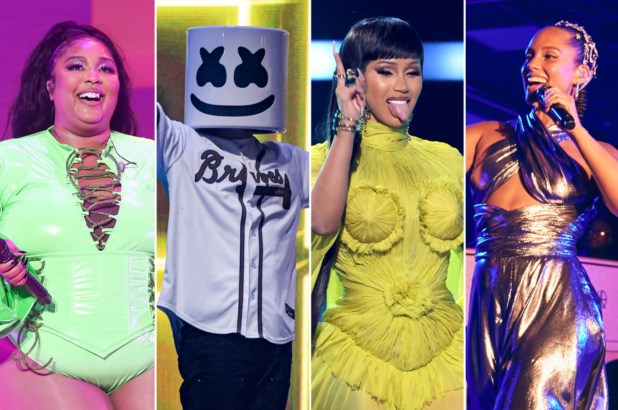 From left: Lizzo, Marshmello, Cardi B and Alicia Keys.
Getty

After being canceled last year due to the COVID-19 pandemic, Art Basel Miami Beach — along with numerous satellite fairs — is back in action with collectors, artists, party kids and scenesters heading to Florida this week.

Louis Vuitton will show the final collection of late designer Virgil Abloh, who passed away this weekend at the age of 41 from a rare cancer. Michael Burke, Louis Vuitton’s Chairman and CEO, said in a statement that the show, titled “Virgil Was Here,” will “celebrate his legacy,” and go on, “per his wishes.”

Alicia Keys will guide a meditation with MYND Experiences that promises to be a “360° sense-encompassing experience,” in the Design District, followed by a performance.

Meanwhile, Lizzo will be taking the stage for Amex at its Platinum Studio, located on the beach of the Edition hotel. Cardi B is expected to be on hand at the Goodtime Hotel for the launch of Whipshots, a “whipped cream infused vodka.” And funk pioneer George Clinton will give a talk at Miami’s Soho House about his painting.

On the fashion front, we hear Fendi is holding a dinner with designer Kim Jones, and Dior will throw a starry fete. Ferragamo is hosting a party at Miami’s outpost of Red Rooster with Cultured Magazine.

Vogue is also headed to Miami, we’re told, with a yacht party. And W magazine is slated to hold a celebrity-studded bash, sources tell us. Architectural Digest editor Amy Astley will celebrate the influential “AD 100” with cocktails and a performance by Troye Sivan.

A number of artists — including Raymond Pettibon, Marilyn Minter, Kara Walker, Alex Israel and Robert Mapplethorpe’s estate — have donated work to be auctioned at Artsy’s event with Planned Parenthood.

For those looking to hit the club, DJs Marshmello, Martin Garrix and Steve Aoki will play at Liv, while Diplo and Kaskade will perform at Story. Migos and Meek Mill will light up megaclub E11even.

In between bashes, attendees can use medical concierge service Sollis Health for COVID-19 testing, IV fusions, and booster shots.

For those interested in seeing the actual art, Art Basel opens at the Convention Center with previews on Tuesday and Wednesday and will be open to the public on Thursday.