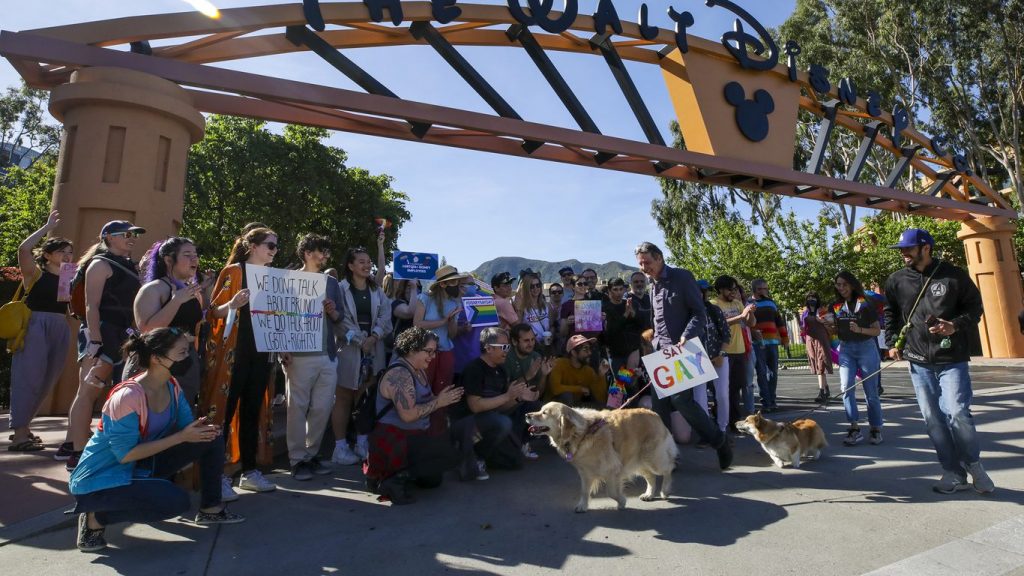 Alabama Governor Kay Ivey (R) signed two pieces of anti-LGBTQ legislation into law, one which will be Alabama’s own version of Florida’s controversial Parental Rights in Education Bill — dubbed by critics the “Don’t Say Gay” law — and a bill that would criminalize providing gender-affirming care for trans youth under the age of 19, per AL.com

Why it matters: The news follows a recent trend of Republican-led state legislatures across the country introducing and passing bills that target transgender youth and restrict discussion about sexual orientation and gender identity in the classroom.

Details: The measure that aims to restrict teachers from “instruction” on sexual orientation in the classroom would apply to grades K-5. It was an amendment to a bill that would require trans kids to go to the bathroom corresponding with their assigned at birth, per AL.com.

Civil rights groups including Lambda Legal, the Transgender Law Center, and the ACLU said they’d sue to stop SB 184, a bill that would make it a felony to provide gender-affirming care, from going into effect, per NBC 15.

What they’re saying: “We should especially protect our children from these radical, life-altering drugs and surgeries when they are at such a vulnerable stage in life,” Ivey said on SB 184.

State Rep. Scott Stadthagen, who authored the bathroom bill, denied that his bill is targeting trans students, according to al.com, and instead described the measure as aimed at protecting cisgender female students’ safety.

Context: Over two-thirds of LGBTQ youth said recent debates over state laws that target transgender people have negatively impacted their mental health, according to a March poll by the Trevor Project, which provides crisis intervention and suicide prevention services to LGBTQ youth.

Editor’s note: This story and headline been updated to note that Gov. Ivey signed the measures into law.