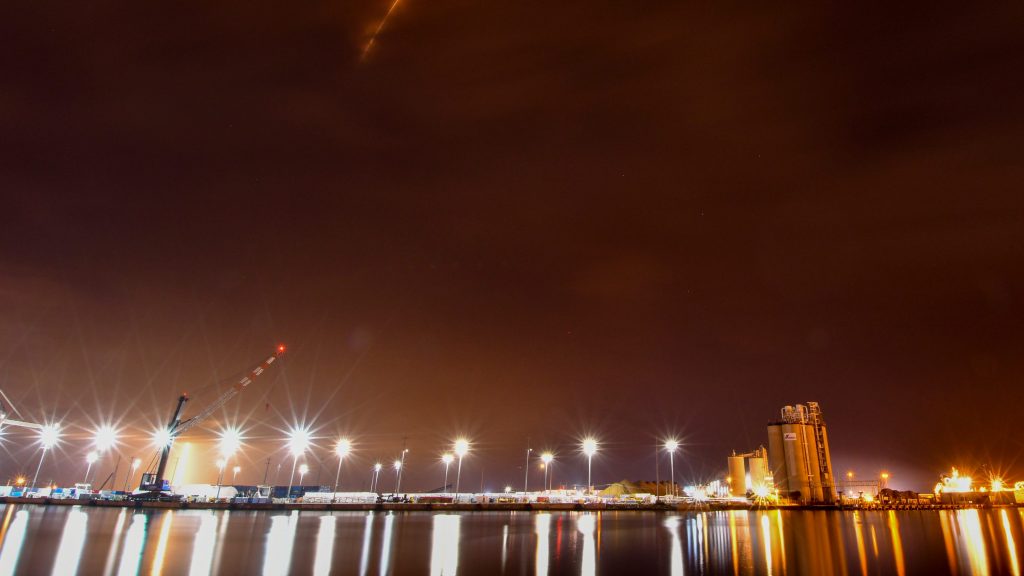 Kayla Barron, Raja Chari, Thomas Marshburn, and Matthias Maurer vaulted off pad 39A and marked their first day in space after the Crew Dragon capsule began flying on its own 12 minutes after launch. In total, they will spend about six months on science experiments and station maintenance.

But their mission known as Crew-3 got off to a rocky start due to inclement weather and a minor medical issue. It was originally slated to launch on Oct. 30, then shifted to Halloween and beyond.

“Sometimes when you try to fly on Halloween, you get a trick instead of a treat,” mission commander Chari said while strapped into Dragon. “Honored and appropriate to get to fly Endurance on Veteran’s Day.”

Barron and Chari are active duty Navy and Air Force, respectively. Marshburn is a trained emergency room physician and Maurer is a materials science engineer representing the European Space Agency.

“It was a great ride. Better than we imagined,” Chari said.

Had Crew-3 launched on the first attempt, it would have relieved the previous group of astronauts, Crew-2, that took flight from KSC in April. But instead of an on-station handoff between the two crews, NASA and SpaceX teams opted to return Crew-2 back to Earth on Monday as the mission’s stay exceeded well beyond the scheduled six months. Weather played a major role in influencing those decisions, too.

That turnaround – from Crew-2’s splashdown in the Gulf of Mexico at 10:33 p.m. Monday to Crew-3’s launch at 9:03 p.m. Wednesday — marks the fastest turnaround between a crewed return and launch in human spaceflight history, NASA confirmed.

More: NASA says it won’t make goal of putting astronauts on the moon by 2024

“It was a quick turnaround, but enough time for us to take a look at all the information and make sure everything was nominal and ready to go,” Walker told reporters during a post-launch teleconference.

Crew-3’s astronauts, meanwhile, are slated to dock with the ISS Thursday. Here’s a look at their backgrounds:

Barron, mission specialist: The 34-year-old from Richland, Washington, is a U.S. Naval Academy graduate and later earned her master’s degree in nuclear engineering. In the Navy, she serves as a lieutenant commander and was part of the first class of female submariners. Barron was selected by NASA as an astronaut in 2017 and this is her first spaceflight.

NASA maintains a record of all people launched to space and assigns numbers based on an astronaut’s role such as pilot or, in Barron’s case, mission specialist. The agency designated her the 601st person to reach space.

Chari, commander: An Air Force colonel, the 44-year-old from Cedar Falls, Iowa, merged his engineering experience and fighter jet training into the pre-NASA role of test pilot. He was selected to become part of NASA’s 2017 astronaut class.

Despite this being his first mission, NASA made him commander of Crew-3 – a rare honor bestowed to spaceflight rookies. Chari is counted as the 599th person in space.

Marshburn, pilot: A former emergency room physician, 61-year-old Marshburn is serving on Crew-3 as the pilot. He was selected as a space shuttle astronaut in 2004 and went on to fly both the shuttle and the Russian Soyuz spacecraft. The only veteran on the crew, Marshburn’s six-month stay will add to his already impressive 161 days spent in space.

He is officially the 598th person to reach space.

Maurer, mission specialist: A materials science engineer from Sankt Wendel, Germany, the 51-year-old marked his first flight to space with Crew-3’s launch. He holds at least 10 patents and is one of the few astronauts trained to operate both American and Russian spacesuits. He was selected to join the European Space Agency as an astronaut in 2010.

Maurer received the honor of becoming the 600th person in space.

Back on the ground at Cape Canaveral Space Force Station, SpaceX teams aren’t slowing down. Yet another Falcon 9 rocket is slated to launch the company’s next batch of 60 Starlink internet satellites from Launch Complex 40 Friday.

It will mark SpaceX’s 31st Starlink mission to date.