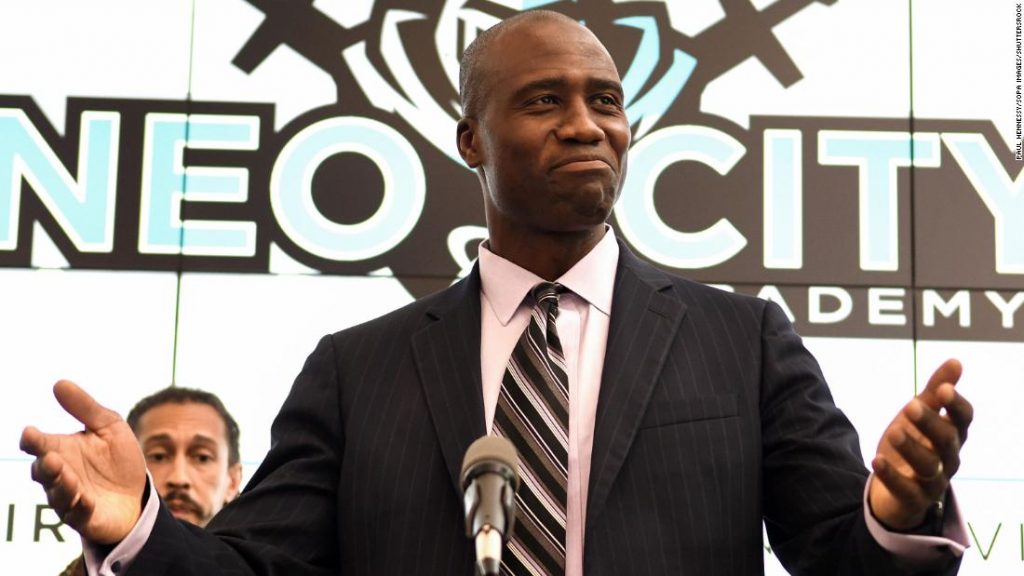 (CNN)At first glance, Charles Chamberlain’s letter to the editor of the Tampa Bay Times seems to praise Florida’s new surgeon general for his observation that the natural immunity that comes from being infected with Covid-19 provides “great protection” from the coronavirus.

“I am aware that he is correct because of a recent experience with a member of my family,” Chamberlain writes of the remark Dr. Joseph Ladapo made last week. “He had a severe infection from COVID-19. He is past that now and is completely immune — not only for COVID-19 but flu and other respiratory infections as well.”
Then comes the tragic twist: “Of course, we are burying this family member next week.”
Chamberlain’s letter swiftly gained attention on Twitter, where readers (at least those who actually read to the very end) applauded his message and empathized with his grim sense of sarcasm. But Chamberlain doesn’t pay attention to social media, so he was “kind of stunned” when a reporter from The Washington Post contacted him and told him about the online response.
“I think when you are addressing foolishness, you cannot respond with a serious argument. The only way you can make people aware of something that is ridiculous is through ridicule,” Chamberlain, 81, told CNN in an interview about his September 23 letter, submitted two days after Florida Gov. Ron DeSantis appointed Ladapo.
Chamberlain wrote the letter following the Covid-19 death of his son’s father-in-law this month, he said. The father-in-law was vaccinated and died from Covid-19, a family member confirmed to CNN.
Ladapo has expressed skepticism of Covid-19 health measures, including mask-wearing and vaccinations. He’s also among a group of doctors who have supported unproven and disproved therapies, including ivermectin and hydroxychloroquine.
Chamberlain’s letter takes aim at Ladapo’s position on natural immunity and the protection it offers, which the doctor addressed in a September 21 news conference with the governor.
“You don’t need to go to medical school to look at the data and see that there’s really great protection” offered by getting infected with and recovering from Covid-19, Ladapo said. “There’s tremendous data that supports the fact that natural immunity protects people from getting very ill, also protects people from being infected again. So that’s what it is, and that’s great.”
Ladapo told reporters “vaccines are up to the person,” noting that they “prevent the risk of serious illness,” but “people get to make the choice about what they want to do with that information.”
Asked if the state should do more to promote vaccination, Ladapo told reporters the state should promote “good health, and vaccination isn’t the only path to that.”
Chamberlain acknowledged that natural immunity exists, but criticized Ladapo’s emphasis of it.
“To see a person who should give honest advice telling people you can be indifferent to everything we knew of medical practice, that is an absolute betrayal of public office,” he told CNN.
The Florida Department of Health has not responded to CNN’s requests for comment about Chamberlain’s letter.

‘This took out a good friend of mine’

The US Centers for Disease Control and Prevention has long recommended people who have been infected with the coronavirus also get vaccinated, previously noting that while the risk of reinfection “is low in the months after initial infection,” that risk “may increase with time due to waning immunity.”
A CDC study published in August suggested people that got Covid-19 in 2020 and didn’t get a vaccine were more than twice as likely to be reinfected in May or June 2021 when compared with people who also had Covid-19 but were later fully vaccinated. That underscores the importance of being vaccinated regardless of one’s history of infection.
The authors of that study noted scientists are still studying how long and robust natural immunity to Covid-19 lasts. Earlier studies have shown evidence of lasting immunity in some people with a previous infection, but the scientific consensus is that vaccines do a better job.
Additionally, while people who get sick with Covid-19 have some protection against reinfection, it may be short-lived, according to a study published Friday in the journal The Lancet Microbe.
“Reinfection can reasonably happen in three months or less,” Jeffrey Townsend, a professor of biostatistics at the Yale School of Public Health and the study’s lead author, said in a news release. “Therefore, those who have been naturally infected should get vaccinated. Previous infection alone can offer very little long-term protection against subsequent infections.”
“Often I’m not angry when I write a letter (to the editor),” Chamberlain said. “But I think this time I really was, because this took out a good friend of mine.”
Chamberlain’s relative was not the type of person who would follow Ladapo’s advice, he said. He was a “dear friend,” Chamberlain said, and “a wonderful father,” who spent many years working as a corrections officer and playing in his church’s handbell choir.
“He wasn’t being careless or derelict in his personal responsibility,” Chamberlain said, likening it to driving carefully but still getting involved in an accident.
“I have driven a car for 60 years — I have never caused a collision, but I’ve been hit four times by people who ran into me.
“That’s the insidious thing about this infection,” he said. “People can be very cautious, do everything right, and you still get that.”
The risk of being hospitalized or dying from Covid-19 is low for fully vaccinated Americans. However, in the rare cases where a vaccinated person is infected, CDC data suggests older adults and those with multiple underlying medical conditions are most at risk of serious illness.
About 70% of breakthrough cases resulting in hospitalization were among adults 65 and older and about 87% of breakthrough cases resulting in death were among adults 65 and older, the data suggests.