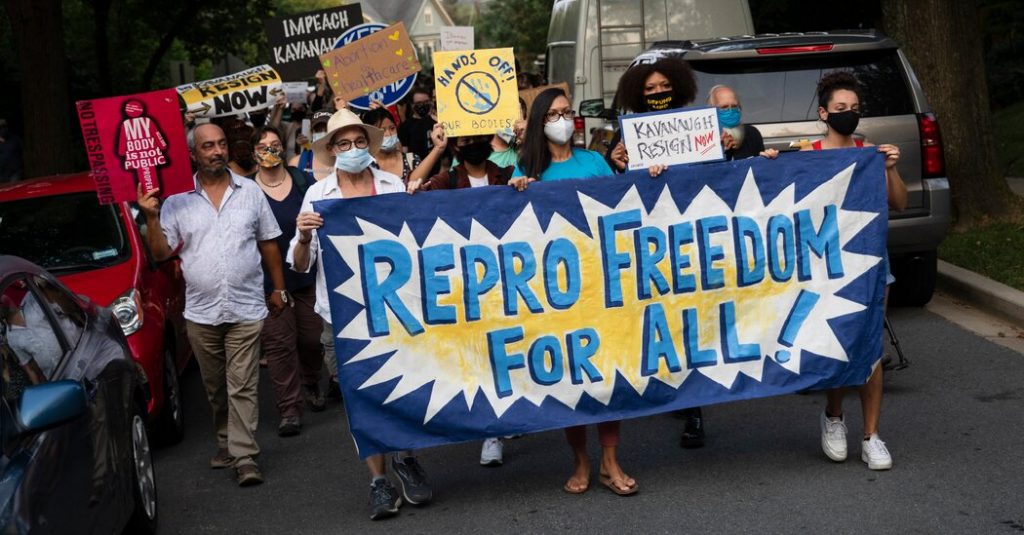 WASHINGTON — Abortion providers in Texas returned to the Supreme Court on Thursday, asking the justices to take another look at their challenge to a state law that bans most abortions after six weeks and was designed to evade review in federal court.

By a 5-to-4 vote on Sept. 1, the court refused to block the law, citing the “complex and novel” procedural questions it presented. Since then, abortion providers in Texas have turned away most patients seeking the procedure.

In the new filing, the providers asked the court to grant immediate review of the core issue in the case, leapfrogging an appeals court. That procedure, called “certiorari before judgment,” is rarely used, typically in cases involving national crises like President Harry S. Truman’s seizure of the steel industry and President Richard M. Nixon’s refusal to turn over tape recordings to a special prosecutor.

The providers said the court should use the procedure to decide what they said was a pressing question: “whether a state can insulate from federal-court review a law that prohibits the exercise of a constitutional right by delegating to the general public the authority to enforce that prohi­bition through civil actions.”

The appeals court, the U.S. Court of Appeals for the Fifth Circuit, in New Orleans, has not yet issued a decision in an appeal pending before it. But “the writing is on the wall,” the providers told the justices. “And although the Fifth Circuit expedited the appeal, it will not hold argument until December at the earliest.”

“Meanwhile, Texans are in crisis,” the providers wrote.

The Texas law, known as S.B. 8, has novel features. The law, which makes no exceptions for pregnancies resulting from incest or rape, bars state officials from enforcing it and instead deputizes private individuals to sue anyone who performs the procedure or “aids and abets” it.

That makes it hard for abortion providers to know whom to sue, as lawsuits seeking to block laws as unconstitutional typically name the officials charged with enforcing them as defendants. When the providers filed suit in federal court, they named, among others, every state trial court judge and county court clerk in Texas.

While it may be hard to sue to challenge the law, it allows private citizens to file suits against doctors, staff members at clinics, counselors, people who help pay for the procedure, and even an Uber driver taking a patient to an abortion clinic. Plaintiffs, who do not need to live in Texas, have any connection to the abortion or show any injury from it, are entitled to $10,000 and their legal fees recovered if they win. Prevailing defendants are not entitled to legal fees.

“Faced with the threat of unlimited lawsuits from the general popu­lace and the prospect of ruinous liability if they violate the ban, abortion providers have been forced to com­ply,” the providers wrote. “As a result, Texans with means must now travel hundreds of miles each way to other states during a pandemic, just to exercise a clearly established federal right. The surge of Texans seeking out-of-state ap­pointments for this time-sensitive medical care is causing backlogs in those states, delaying abortions by weeks for Texans and non-Texans alike.”

The majority in the unsigned order issued on Sept. 1 suggested that one procedurally proper way for abortion providers to challenge the law was to get sued and raise the unconstitutionality of the law as a defense. A few suits against a doctor who said he provided an abortion have been filed.

In their Supreme Court filing, the abortion providers said that procedural route was inadequate.

“The few cases pending in state court could take months, if not years, to wend through the state-court system before they could provide statewide relief,” they wrote. “And if someone sued under S.B. 8 prevails and the claimant chooses not to appeal, peti­tioners will have no opportunity to receive a statewide ruling.”

Citizens, not the state, will enforce the law. The law effectively deputizes ordinary citizens — including those from outside Texas — allowing them to sue clinics and others who violate the law. It awards them at least $10,000 per illegal abortion if they are successful.

Chief Justice John G. Roberts Jr. seemed to invite a fuller challenge to the Texas law when he dissented from the court’s Sept. 1 order.

“Although the court denies the applicants’ request for emergency relief today, the court’s order is emphatic in making clear that it cannot be understood as sustaining the constitutionality of the law at issue,” he wrote. “But although the court does not address the constitutionality of this law, it can of course promptly do so when that question is properly presented. At such time the question could be decided after full briefing and oral argument.”

That is basically what the providers asked for on Thursday. The Supreme Court is likely to order a prompt response to the request from state officials. If it grants review, it would presumably hear arguments in the case in the coming months, perhaps alongside a separate case challenging Mississippi’s 15-week abortion ban that is scheduled to be heard on Dec. 1. The officials in that case have asked the justices to overrule Roe v. Wade, the 1973 decision establishing a constitutional right to abortion.

Under the Roe decision and later precedents, states may not ban abortions before fetal viability, or about 23 weeks. Both the Texas and Mississippi laws are unconstitutional under those precedents.

“The gravity of the circumstances and the para­mount importance of the question presented warrant this court’s intervention,” the providers told the justices. “The court should act now to resolve the question pre­sented on an expedited basis, with the benefit of briefing and argument that was impossible when pe­titioners filed their emergency application.”