A year after Parkland, support for stricter gun laws wanes 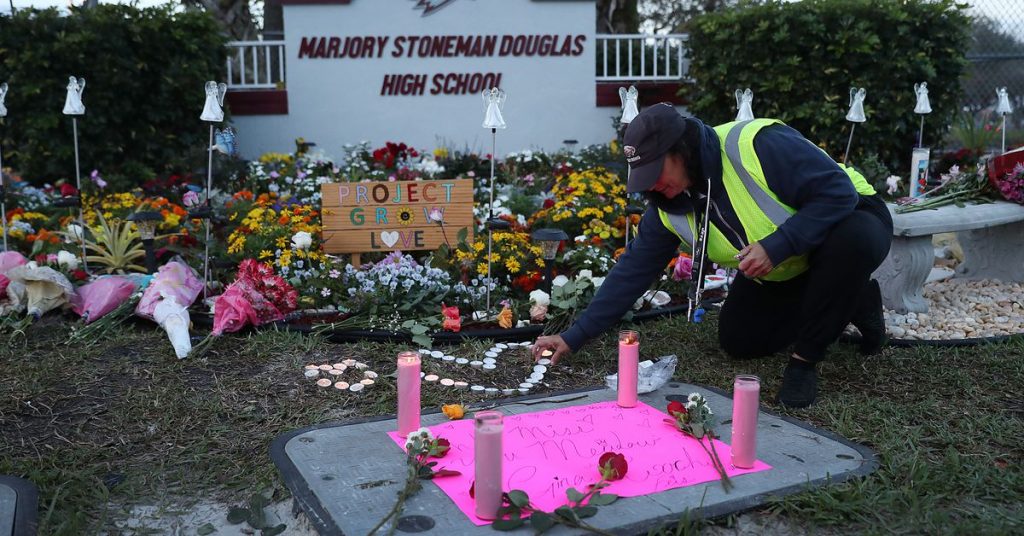 A year after a gunman in Parkland, Florida, killed 17 people and wounded 17 others at Marjory Stoneman Douglas High School, the urgency for gun control among the American public is waning.

Forty-two percent of Americans believe that stricter gun legislation should be an immediate priority for Congress. In a survey conducted in April 2018, 52 percent of respondents said the same.

It’s a familiar pattern: In the immediate aftermath of mass shootings, there is a bump in support for gun restrictions, and calls for gun control increase. But over time, public attention on the issue fades, and Congress fails to act. It’s what happened after the shootings at Sandy Hook Elementary School in 2012, at Pulse nightclub in 2016, and at a Las Vegas concert in 2017.

There were hopes that the Parkland shooting, which launched a wave of student activists and the March for Our Lives, would be different. And in some ways, it has been.

According to the Giffords Law Center, legislators on both sides of the aisle in 26 states and Washington, DC, enacted 67 new gun safety laws last year. And gun control advocates saw some important victories in the 2018 midterms — Washington state voted to raise the legal age to buy semiautomatic refiles from 18 to 21, and Democrats won governorships in states such as Wisconsin and Nevada and took back the House of Representatives, potentially setting the stage for more action at both the federal and state level. The House Judiciary Committee just this week approved two bills that would expand background checks for gun purchases.

But there’s still a long way to go. The background check legislation in the House, for example, will likely go nowhere in the Senate. And as the NPR/PBS NewsHour/Marist poll shows, public concern about gun control is waning, though it’s definitely still there.

Americans have become less supportive of gun restrictions since the 1990s, not more

Despite the wave of mass shootings in the United States in recent years — there has been nearly one mass shooting a day in the US since Parkland — polling shows that Americans are actually less supportive of gun restrictions than they were nearly 30 years ago. As NPR notes, a 1990 Gallup poll found that 78 percent of Americans wanted increased gun restrictions. Now, as mentioned, it’s 51 percent.

Part of that has to do with the National Rifle Association, the powerful pro-gun lobby that has worked to shape the conversation around guns in America for years and stoked fears about politicians wanting to take away people’s guns. There is evidence that its influence has weakened more recently, but it’s still had a major impact on the way Americans think about firearms as an important right and a necessary means of protection.

Those attitudes show up in the NPR/PBS NewsHour/Marist poll. Fifty-eight percent of Americans say it’s more important to control gun violence, but 37 percent prioritize protecting gun rights. And 58 percent of Americans believe the right to own and carry a gun is just as important as other constitutional rights, such as freedom of speech, religion, and the press. Americans seem divided on what guns mean for crime: 28 percent think more people owning guns leads to more crime, 26 percent think less, and 42 percent don’t think it will make a difference.

As NPR notes, there are obviously some significant divides among different political leanings, races, and ages:

Fifty-three percent of Americans are worried about a mass shooting potentially taking place in a school in their communities. Democrats and women are more concerned than Republicans and men.

Historically, the issue with lax gun restrictions in the US hasn’t had as much to do with public opinion on the matter as it has with the intensity of opposing sides. Namely, plenty of Americans want stricter gun laws, but they’re not as dedicated to the issue as people who don’t. So pro-gun rights people have been likelier to vote on the issue and pressure their representatives to align with them.

But as Vox’s German Lopez explained last year, Parkland may have helped to close some of the intensity gap:

For one, a lot of people turned out to protest during the March for Our Lives [last year]. It’s notoriously difficult to gauge the effects of these kinds of demonstrations, but it’s notable that the protests around the country numbered in the hundreds of thousands and became one of the biggest youth-led protests in decades.

Americans also seem increasingly fed up with mass shootings. According to a poll by NBC News and the Wall Street Journal, US adults’ second-most common response for the most important event of the year, after the improving economy, was mass shootings. There were similar findings in 2017, which also had a lot of high-profile mass shootings. These tragedies are clearly getting a lot of Americans’ attention.

The other important indicator here is that politicians who backed gun control won big this year in the midterm elections. This was partly a result of a blue wave, since Democrats are simply more likely to support stricter gun laws. (Although some Democrats, particularly in more conservative areas, are still running gun-friendly campaigns.)

This week’s poll suggests some intensity on the gun restrictions end may be waning. But given that there has been more action than after previous tragedies, things still may be shifting in a different direction.

The news moves fast. Catch up at the end of the day: Subscribe to Today, Explained, Vox’s daily news podcast, or sign up for our evening email newsletter, Vox Sentences.