A double nut shot led to one of Aaron Rodgers’ interceptions 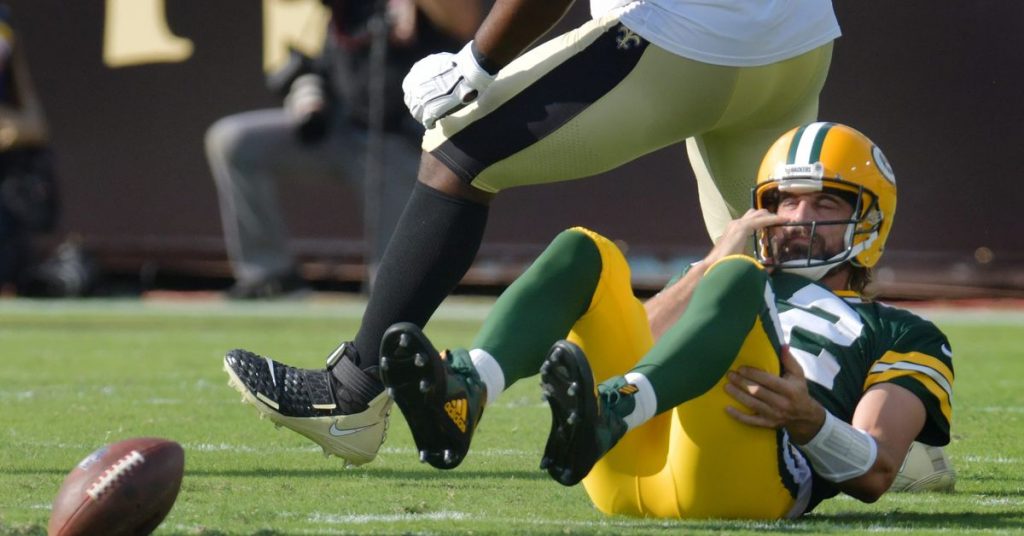 It’s been a big week for testicle related mishaps. You’ve got whatever STD Nicki Minaj’s cousin’s friend got and blamed his swollen testicles on the Covid vaccine, and now you’ve got Aaron Rodgers throwing an INT and blaming it on his nuts too.

Rodgers, who has been criticized extremely heavily following the Packers blowout loss to the Saints on Sunday, went on the Pat McAfee show and explained what happened on the play. “There’s some interceptions you want back,” Rodgers said. “Some that aren’t your fault, but the first one on Sunday was entirely due to the double nut shot I took.”

Video of the alleged double nut shot is inconclusive. The NFL’s woeful lack of good nut-based camera work really let us down on this one. We can see that Rodgers gets hit, the ball is kind of a duck and he falls on the ground in pain and doesn’t get back up.

If you’re like me and overanalyze everything, you’re probably also curious as to what a double nut shot actually is. Are we talking about two different nut shots on the same play? It is one hit by the same player that caused testicular trauma twice? As Rodgers explained, it was two swinging arms that struck both testicles in the same play.

“Right before I’m throwing it, I took a left kinda clothesline, and somebody on the right with a right kinda cross, double nut shot.”

What we have here is a scissor effect. Two swinging objects, like obstacles on an American Gladiators course, except instead of trying to knock competitors off a platform, they’re both just colliding with Aaron Rodgers nuts. We can call this one a “Double Jeopardy,” imo.

In any event, I hope Aaron Rodgers and his testicles are doing well.