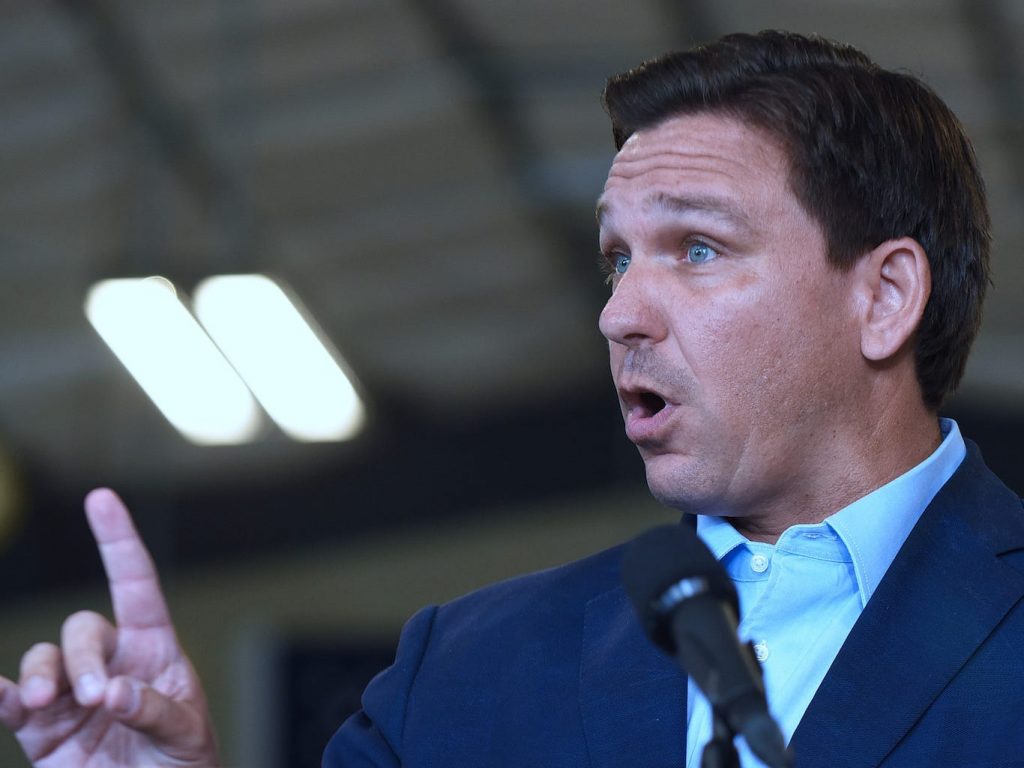 A California psychiatrist who recently advised Florida Gov. Ron DeSantis on COVID-19 has peddled ivermectin, the anti-parasitic drug typically used to deworm horses, as a treatment for COVID-19 despite warnings against its use by US health agencies.

LA-based Dr. Mark McDonald was tapped in July by DeSantis, a Republican, as part of a closed-door panel on masks in schools, according to the Tampa Bay Times. DeSantis has been firmly opposed to allowing schools to require masks of students, attempting to strip funding from districts who require them.

McDonald, who did not immediately return Insider’s request for comment, earlier in August tweeted the drug was an “effective, safe, inexpensive treatment” for COVID-19. He later tweeted that those who questioned its use in humans were “ignoramuses.” While the drug is often used to treat animals, like horses, it can also be used to treat parasitic infections in humans.

The Centers for Disease Control and Prevention on Thursday issued a health advisory that detailed an increase in severe illness caused by the drug.

He told the Tampa Bay Times that he believed the US Food and Drug Administration, which has advised against using the drug to prevent or treat COVID-19, had downplayed the drug because it had spent billions of dollars to “mass vaccinate the population.”

“If the goal of these people is to advance public health and make the public well, why have none of them spoke a single word about prevention and making one healthy to prevent an infection or hospitalization or death?” McDonald told the Times in an interview Friday. “I think there is a lot of dishonesty here and cancellation of people who support truth.”

Merck, the manufacturer of the drug, has said there is “no scientific basis” and there was “no meaningful evidence” that the medication can be used to treat COVID-19.

As the Times noted, McDonald has also espoused other questionable views, including his opposition to the wearing of face masks. He in February shared a meme on Twitter calling people who used them “retarded.” He also compared mask mandates to South African apartheid, per the report.

McDonald has also downplayed the effective COVID-19 vaccines, writing on Twitter: “Immunity is best achieved naturally, not through a failed, unsafe, experimental vaccine.”

A spokesperson for DeSantis told Insider Saturday that McDonald advised DeSantis “about forced masking of schoolchildren” and not about ivermectin.

“Dr. McDonald’s participation in the school masking panel and testimony in the mask trial does not imply that Governor DeSantis endorses (or opposes) any of Dr. McDonald’s opinions on other subjects,” she added.

McDonald is also connected to American Frontline Doctors, the Times first noted, an organization that NBC News this week linked to the spreading ivermectin as a COVID-19 treatment.

A judge on Friday struck down DeSantis’ blanket ban on mask requirements after several major school systems defied his ban. At the July discussion, McDonald said requiring students to wear masks in schools was “child abuse,” the Tampa Bay Times reported, citing video of the meeting.

McDonald’s comments were used by lawyers for DeSantis at the trial earlier this week where the ban was struck down.