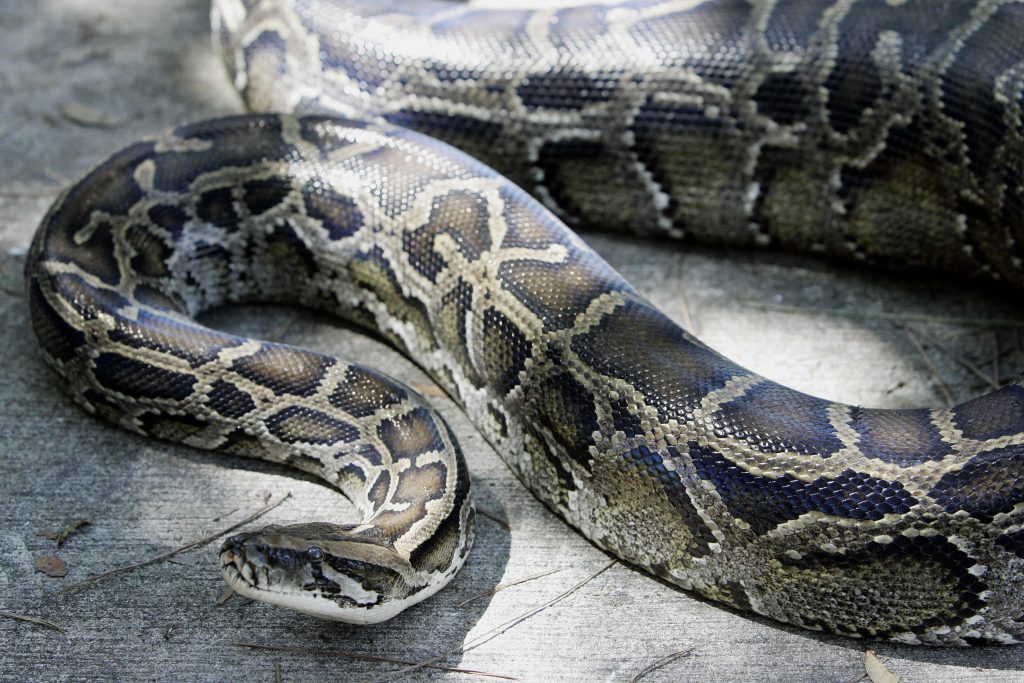 A 7-foot-Python snuck aboard a sailboat in the Florida Keys on Friday, surprising crew members who discovered the massive creature slithering inside the boat’s shower.

The snake was discovered inside the boat after it traveled from Indian Key to Marco Island on southwest Florida’s Gulf Coast, the Marco Island Police Department said in a statement Friday.

“They were pulling into our dock and getting tied up, and the female occupant of the boat found the snake, I believe in the shower of the boat, and she was face to face with the snake,” said Dan High, general manager of Rose Marina where the boat docked, the Miami Herald reported.

Rose Marina said the “unwelcome stowaway” was “a first” and that it was found just moments after the boat docked. Officials believe the python slithered aboard when the vessel was anchored near Indian Key, which is located by the Everglades.

“Marco Island Police responded and made quick work of wrangling the reptile…Out of an abundance of caution the vessel was removed from the marina,” the marina wrote on Facebook.

The police department said in a social media post that they transferred the intruder into custody of local wildlife handler Bobby Monroe. The department later posted photos of the large python wrapped around an officer’s forearm.

In May, a similar situation occurred when an “8-foot-long-plus” python was captured on a boat in Coral Gables, Florida, according to the Herald.

The U.S. Geological Survey said that while there is no evidence of pythons swimming from the Everglades to the Keys, the large serpents may be capable of making the journey.

“Because pythons regularly escape or are released from captivity, it can be difficult to determine whether a snake encountered in the Keys arrived there by swimming from the mainland or was a former captive pet on the island,” the USGS says on its website. “Given the python’s apparent ability to disperse via salt water, however, island residents and resource managers need to stay vigilant.”

Burmese pythons are considered invasive species in parts of South Florida, where the snakes have been freed from captivity and have been ravaging native mammal and bird populations over the past decade, the Associated Press reported.