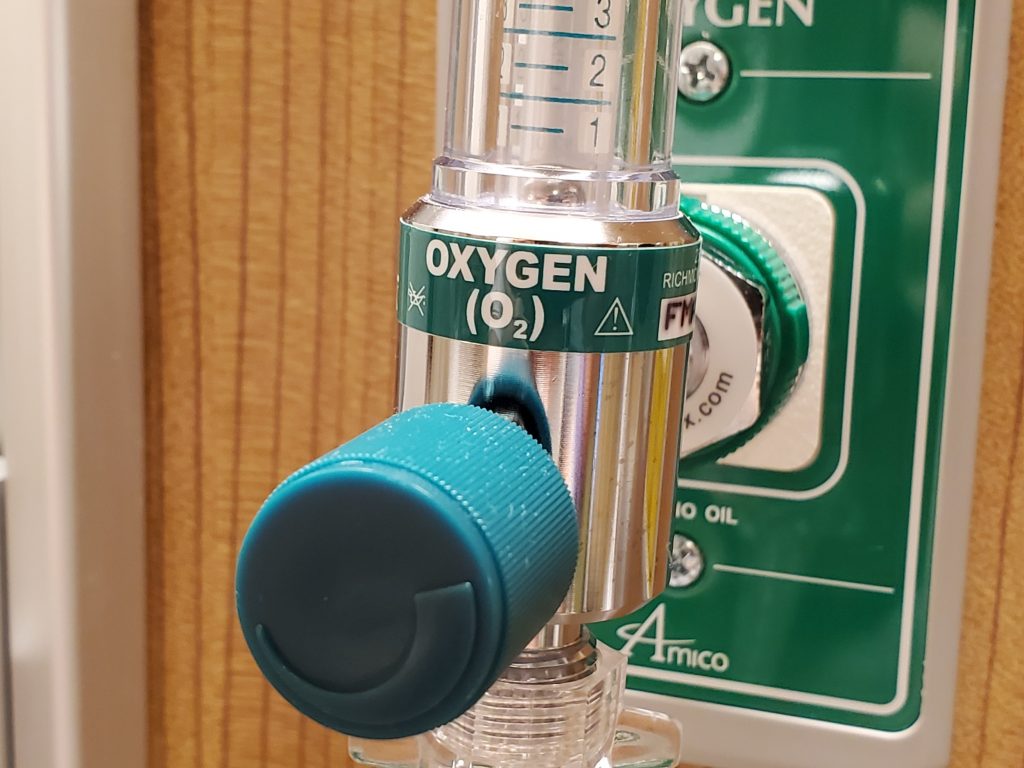 Dozens of Florida hospitals could quickly run out of oxygen supplies as the state continues to grapple with this summer’s deadly surge of COVID-19.

A Florida Hospital Association survey released Wednesday found that 68 hospitals in the state have oxygen supplies of fewer than 48 hours, with almost half having supplies of less than 36 hours. Oxygen demands have skyrocketed recently due to the spread of the Delta variant. There were 16,550 confirmed COVID-19 patients hospitalized in Florida as of Thursday, according to the Florida Hospital Association.

“This is not like running out of masks, right? This is life saving,” Mary Mayhew, the group’s president, told WFME. “And right now we’re focused on how to make sure that does not happen. And so hospitals have been raising these concerns, with the state, with the division of emergency management, with the governor’s office, and have raised these concerns federally.”

Mayhew added that some hospitals had been “making frantic calls” about oxygen deliveries that were being delayed by up to 12 hours. There have reportedly been 29 Florida hospitals that saw oxygen supplies drop below 12 hours since July 1.

The surging COVID-driven oxygen demand in hospitals has also had a knock-on effect for water supplies in some of the state’s biggest population centers. Water utilities in Orlando and Tampa Bay have urged residents to cut back on water usage due to recent difficulties in obtaining supplies of liquid oxygen, which is used to purify public water.

Supply shortages meant that utilities in Orlando only had enough oxygen to safely treat a two-week supply of water as of Wednesday, according to WFTV. Meanwhile, Tampa Bay Water told its customers that the shortage has forced them to change the way that they treat water and that they should expect a change in taste since more bleach would need to be used.

Oxygen shortages are likely to continue to be a problem in Florida while new cases of the virus spread and existing patients require increasing oxygen supplementation. The state experienced an average of 227 COVID-19 deaths per day this week—a record for Florida and by far the worst daily death average in the nation. Ten major hospitals in central Florida have been forced to turn to rented coolers to deal with the influx of bodies.

Regardless of the rising death toll and the oxygen shortage, Republican Governor Ron DeSantis has continued to defend his policies of banning mask and vaccine mandates. DeSantis also suggested that President Joe Biden should try to emulate Florida during a Fox News interview on Wednesday, arguing that the president had failed when he “said he was going to end COVID.”

“Florida has experienced a seasonal surge of COVID cases exacerbated by the delta variant,” DeSantis Press Secretary Christina Pushaw said in a statement to Newsweek. “Governor DeSantis has responded to the delta surge by opening 21 sites for free monoclonal antibody treatment all over the state… We hope other states will follow Governor DeSantis’ lead in providing early treatment to their residents.”

“Governor DeSantis is following the science by promoting clinically proven vaccines and treatments and ensuring all eligible Floridians have access to these life saving interventions,” added Pushaw.

Newsweek reached out to the Florida Hospital Association for comment.

Update (8/27, 7:17 p.m.): This article has been updated to include a statement from Florida Governor Ron DeSantis’ Press Secretary Christina Pushaw.