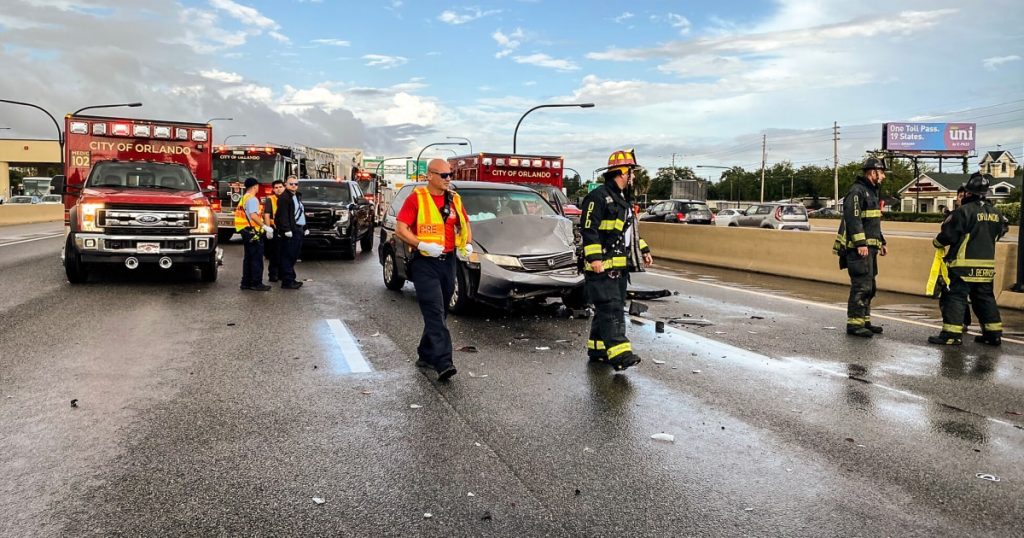 A heavy, unexpected downpour may have been a factor in a 43-vehicle pileup on a freeway in Orlando, Florida, during the Friday afternoon commute, authorities said.

Orlando Fire Department spokesperson Ashley Papagni said only one person involved in the pileup required transportation to a hospital, and had minor injuries.

“It appears at this time the main cause was the weather,” Orlando police spokesperson Andrea Ortero said. “There was a heavy shower that had just started creating a slick road.”

Federal forecasters said tropical ocean breezes collided with a cold front to produce the stormy conditions, which could continue into the night.

Officers responded to multiple reports of collisions along the westbound portion of the toll expressway that runs through the city shortly before 5 p.m. the Orlando Police Department said.

Traffic, which was diverted to express and toll lanes, was delayed for at least an hour as officers investigated the cause and wreckage was removed, Orlando police said.

Shortly before 8 p.m. the department tweeted that all lanes had reopened on the westbound expressway.