4 people killed, including baby, in shooting at Florida home 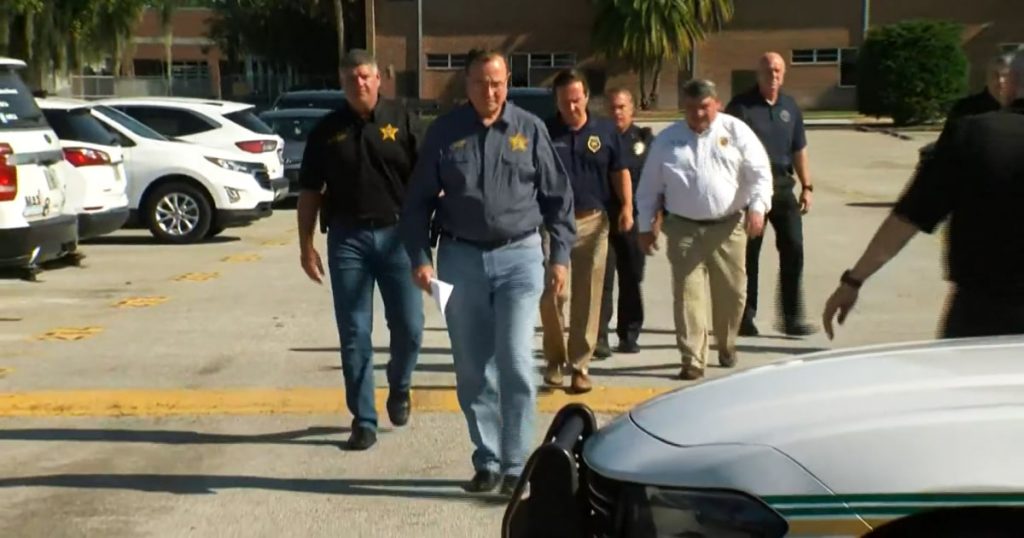 Four people were killed, including a baby shot in their mother’s arms, after an attack in a home in the Lakeland, Florida, area that sparked a shootout with police on Sunday morning.

Authorities were first called to the home Saturday night at about 7:30 p.m. when a woman called about a suspicious man who said to her that God told him to speak to one of her daughters, Polk County Sheriff Grady Judd said. Authorities arrived within six minutes but could not find the man or his vehicle.

But at about 4:30 a.m. Sunday morning, an officer nearby heard gunfire and 911 calls came in regarding an active shooter situation. Lakeland police and the county sheriff’s department responded to the home, where a man “totally outfitted in body armor” was seen outside.

Officers at the time did not see a gun, and the man ran back inside the home when they approached, Judd said.

“We heard another volley [of gunfire], and a woman scream and a baby whimper,” Judd said. “Our lieutenant tried to make entry into the front of the house and it was barricaded.”

The lieutenant ran around the back of the residence and proceeded to get into a gunfight with the suspect. The suspect eventually came out of the house with his hands up, injured by at least one gunshot, and was taken into custody, Judd said.

He attempted to take an officer’s gun while being treated by emergency medical responders but was subdued, according to Judd.

“We discovered a man, a woman and an infant in the mother’s arms all shot to death,” Judd said. “We went to the house directly behind and found another lady shot to death.”

Neither the victims nor the suspect were identified by the sheriff’s office.

An 11-year-old girl was shot multiple times in the exchange and rushed to Tampa General Hospital. Her condition is unclear but Judd said she was “doing well” and speaking with detectives.

Investigators are still working to determine the suspect’s relationship to the victims and the motive for the shooting. He allegedly told detectives that he was using meth prior to the rampage.

“He was driving a vehicle with a Marine Corps, Florida license plate, but he described himself as a survivalist,” Judd said. “And then he said I’m taking meth.”

Detectives are working to gather more information about the suspect, but he does not appear to be from Polk County at this point in the investigation, the sheriff said.