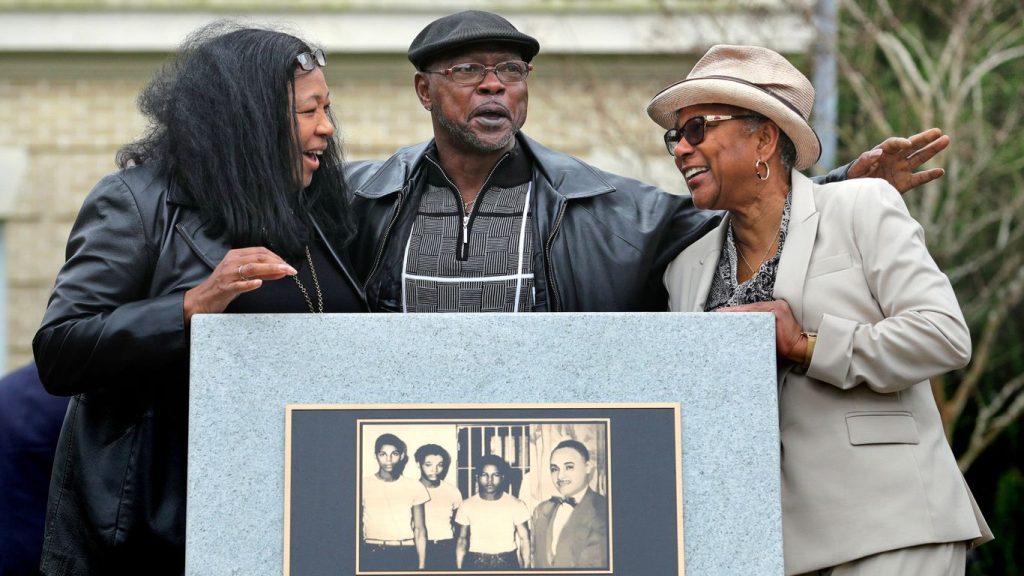 Four Black men wrongly charged with rape were exonerated Monday, more than 70 after being convicted of what prosecutors now say were baseless charges.

Why it matters: Prosecutors said the case against the men, who all died before it was re-examined by Florida officials, “lacked due process and would not be tried today,” the New York Times reports.

Context: The accused, Charles Greenlee, Walter Irvin, Samuel Shepherd and Ernest Thomas, came to be known as the Groveland Four.

Background: On July 16, 1949, a 17-year-old white woman and her estranged husband told police in Lake County, Fla., the four men had stopped to help with a broken down car when they took the woman from the car and raped her, per the NYT.

Driving the news: In August, investigators obtained information from Jesse Hunter, the state attorney who prosecuted the case, which suggested Hunter and the judge who presided over the 1951 retrial knew that the alleged rape never happened, per the NYT.

What they’re saying: In the motion filed in October to clear all four men of the charges, Bill Gladson, state attorney for the Fifth Judicial Circuit, wrote:

“Given these facts today, no fair-minded prosecutor would even consider filing these charges and no reasonable jury would convict. The evidence strongly suggests that the sheriff, the judge, and the prosecutor all but ensured guilty verdicts in this case. These officials, disguised as keepers of the peace and masquerading as ministers of justice, disregarded their oaths, and set in motion a series of events that forever destroyed these men, their families, and a community. I have not witnessed a more complete breakdown of the criminal justice system, nor do I ever expect I will again.”