3 dead, 3 injured in murder-suicide near South Florida military air base 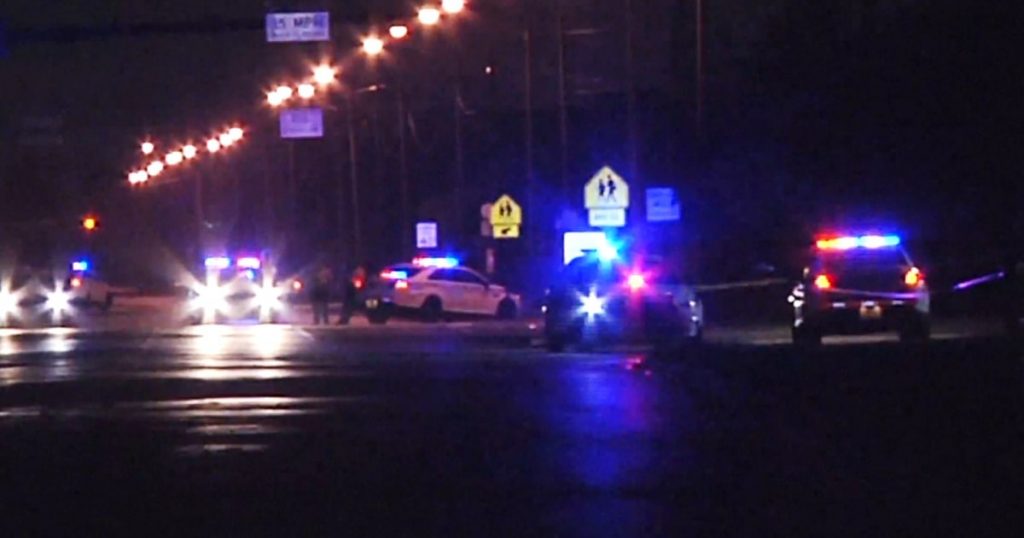 Three people were killed and three others were injured in an apparent murder-suicide in South Florida, authorities said Monday.

Officers responded to a report of gunfire shortly before 2 a.m. ET inside a residence near the Homestead Air Reserve Base, about 45 miles south of Miami, according to the Miami-Dade Police Department.

A 38-year-old woman and 15-year-old boy were found dead inside the home, police said. Three other victims, ages 18, 16 and 11, were taken to the hospital.

One of the victims was in critical condition, while the other two were in stable condition, according to authorities.

The suspected shooter, who authorities identified as the 42-year-old boyfriend of one of the victims, died by apparent suicide after shooting himself at a nearby location as officers tried to negotiate with him, police said.

None of the victims were immediately identified.

Investigators said the shooting appeared to be domestic, but did not provide any further details.

The incident was the latest deadly mass shooting in the Miami area.

Early Sunday, three people were killed and five others were shot at a graduation party in Kendall, Florida, Miami-Dade police said. The victims included a woman who was a Florida corrections officer and two passengers in a vehicle that crashed into Miami-Dade County College Kendall Campus.

And last Sunday, three people were killed and 20 others were injured in a mass shooting in the Miami area in which multiple gunmen opened fire on a crowd outside a banquet hall.

No arrests have been announced in either shooting.

When asked what is causing the spike in gun violence, Levine Cava said, “This is a national phenomenon as we’re emerging from the pandemic. We are seeing an increase in gunshots, gun murders all across the country. Unfortunately, we’ve not been spared.”

The wave of gun violence, the mayor said, prompted the county to increase surveillance, crime analysts, license plate readers and “other devices that allow us to analyze crime.”

“This violence has to stop,” Miami-Dade Police Director Freddy Ramirez said of Sunday’s shooting. “And this is extremely frustrating — every weekend is the same thing.”

Wilson Wong is a breaking news reporter with NBC News.